Judi Bratten began her EMS career as an EMT on a SW Ohio fire department in 1978. As a certified paramedic, she was promoted to training officer and to EMS Captain.  After 7 years, she moved to Northern Colorado, where she served as a paramedic on a hospital-based ambulance service at a Level II trauma center for 31 years. Before her retirement, she  served as the supervisor of ambulance operations and as the administrative chief.  Judi currently resides in central Texas.

Michael "MC" Williams is a retired police officer and state criminal investigator, police chaplain, and US Navy veteran with over thirty combined years of service in the military and law enforcement (patrol, investigations, SWAT, training, etc.).  MC is the founder and Director of the Centurion Law Enforcement Ministry and a member of the Fellowship of Christian Peace Officers-USA.  He is an author, blogger, instructor and speaker specializing in Christian servant-leadership, law enforcement ministry and church safety/security issues. 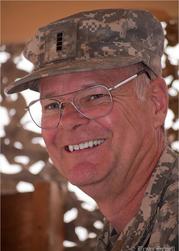 Mark Swihart is a career Firefighter - EMT on a Northern Colorado fire department. He serves as a Driver - Operator on an engine company, and he has volunteered as an EMT on a hospital-based ambulance service.  Mark retired as a First Sergeant from the Air National Guard where he served as a Crash Rescue Specialist and as an Assistant Fire Chief.   He was selected as the state NCO of the Year and First Sergeant of the Year, and he served on the state Honor Guard.  Mark began his military career as a Military Policeman in the Army National Guard, and he is the brother of a retired municipal police officer. 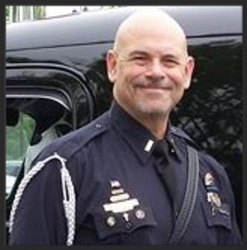 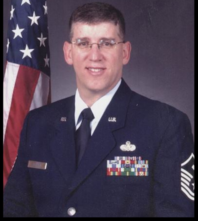 Tim Peterson served a 42 year career in various branches of the military performing aviation support duties. His specialties included aviation company flight operations, air traffic control, airfield management, and oversight of an airfield firefighting department. After 16 years enlisted service, he graduated top in his class from the Army’s Warrant Officer Candidate School and by retirement was acknowledged as one of the senior air traffic control personnel in the Army system. He was an ATC examiner and worked for the FAA for a time. His civilian work was primarily in information technology. Tim  currently serves as the Deputy Director at HART RESCUE and as our Military Support Team Member.  Tim is active in his local church, focusing on children's ministry. 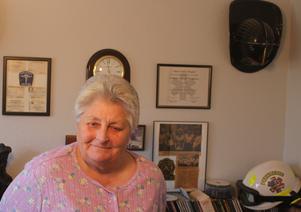 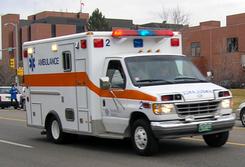